CASES for motorcycles and scooters

HELMETS for motorcycles and scooters

SOFT BAGS for motorcycles and scooters 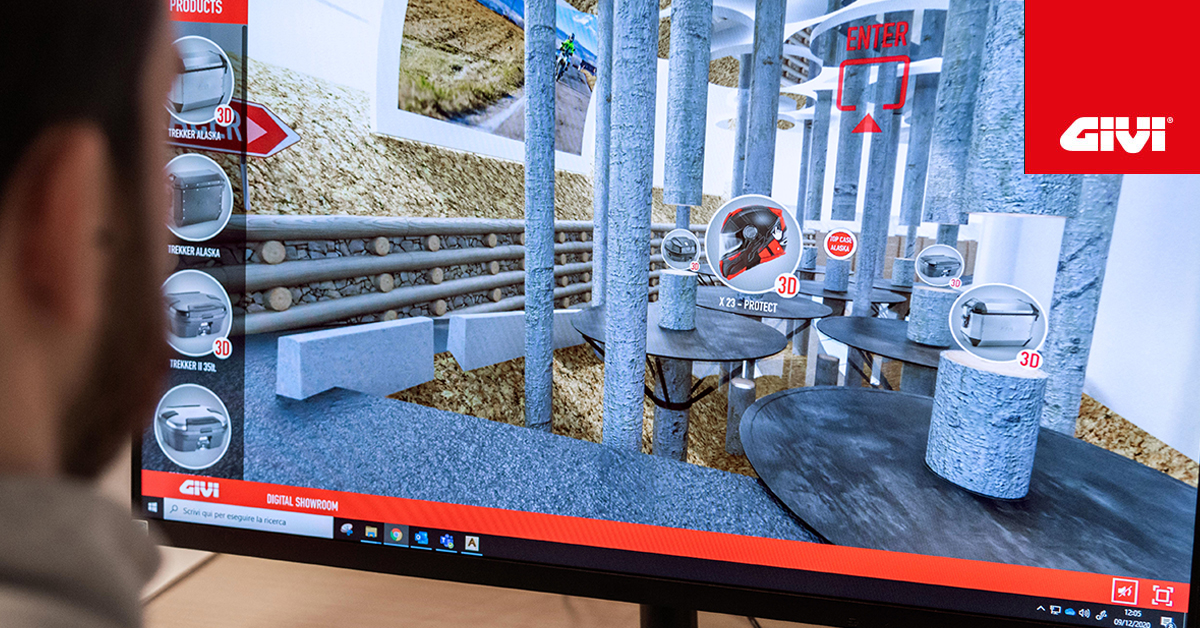 Using an innovative virtual tour, we will lead visitors along a discovery of new products grouped by “Attitudes” and accompanied by videos, images, descriptions and 3D models.» 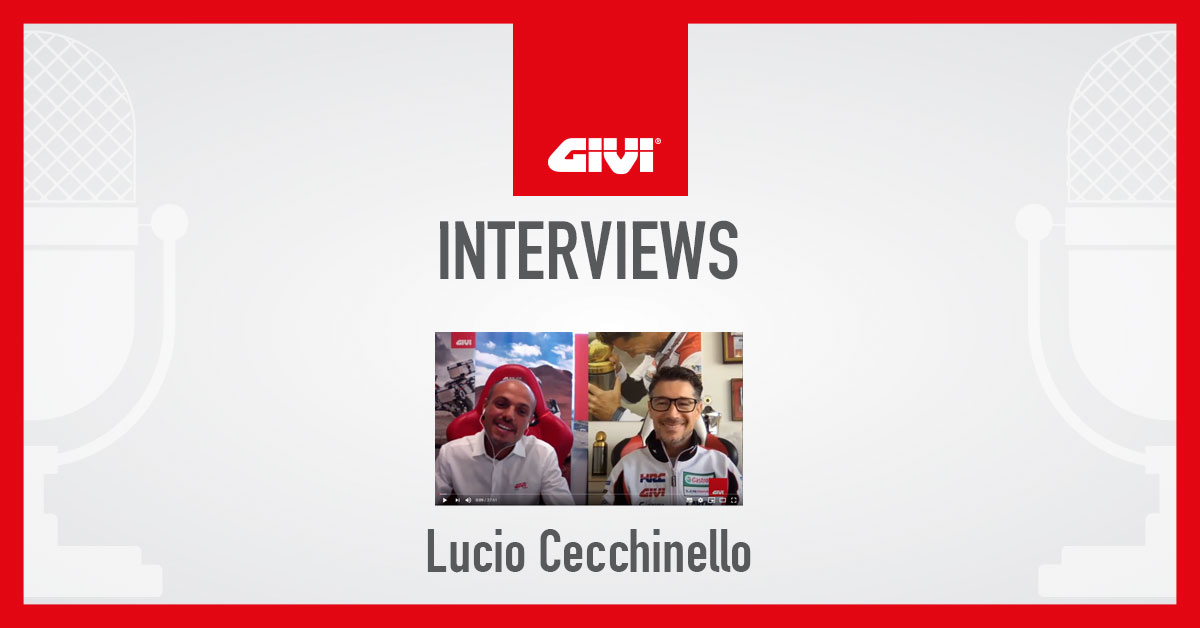 29/June/2020 GIVI interviews: Lucio Cecchinello and the future of MotoGP

We are continuing our interviews with motorcycle stars. Today GIVI sat down with Lucio Cecchinello, Team Manager of LCR Honda MotoGP, to take stock of the premier class of the World Championship and shoot the breeze.»

Discover the GIVI accessories that best suit your taste and your needs!

Do you want to get the best out of your bike with GIVI products?

Find the dealer nearest you! 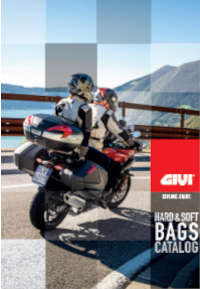 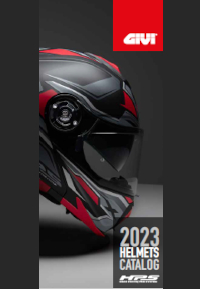 2019 marks a solid presence of the brand in the world of two-wheeled racing.
There are many sponsorships on the track, where the participation of GIVI is highlighted in virtually every speciality,
from the premier class, the MotoGP, to the Motostudent Championship.
Great commitment can be seen on the off-road front too, with the corporate colours on enduro, cross-country and rally circuits.

Last year the partnership between Lucio Cecchinello’s team and GIVI reached its twenties!  A period studded with many memorable moments, which saw a succession of talented riders (De Angelis, De Puniet, Locatelli, Checa, Stoner, Bradl, to mention just a few), who have helped to make the history of this motorcycle championship great and who have made LCR HONDA the leading independent team of the moment. GIVI’s colours return to the track for the 2019 season on the suits of English veteran Cal Crutchlow, who started walking again in January, after breaking his ankle, just in time for the pre-season tests; and on the very young and promising Japanese rider Takaaki Nakagami, who arrived in MotoGP just last year.
As usual, the brand will also stand out on the livery of the Honda RC213V.
The Championship started with the very best omen: the debut race in Qatar saw Crutchlow on the podium (a fantastic 3rd place); as always his determination while racing is in the spotlight. 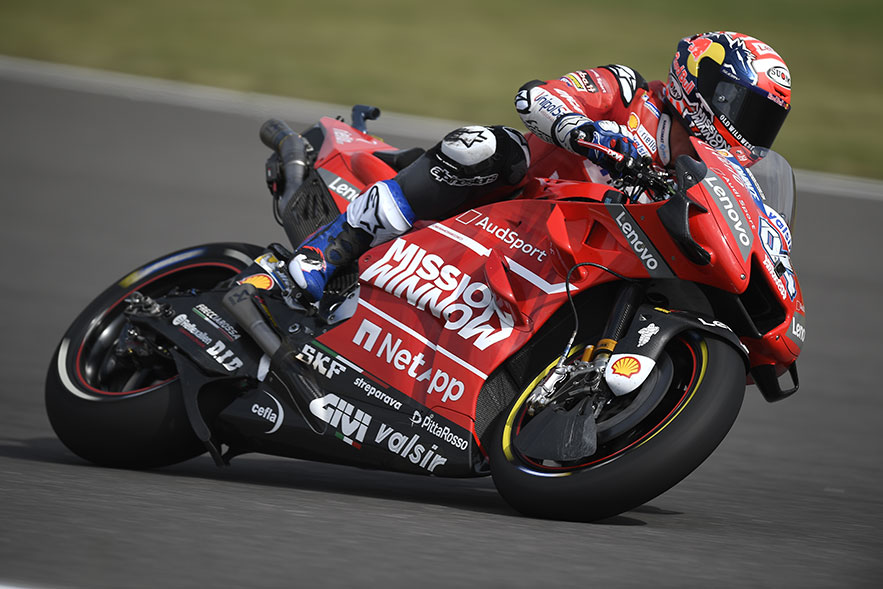 The agreement with Manuel Puccetti’s team, signed in 2017, committing to the World Superbike and Supersport, also continues for the 2019 season.
Bearing the GIVI colours, Turkish rider Kenan Sofuoglu competed in the “SS”; a world class, multi-titled champion, last year he had to abandon racing mid-season following an accident that severely undermined his physical condition. In Supersport the baton was passed to 29 year old Frenchman Lucas Mahias, current world champion, and to Japanese Hikari Okubo, the former is aiming to lead the official Kawasaki Team to win the title. Okubo is looking to reach the top five! Another Turkish driver has been chosen by PUCCETTI RACING for the World Superbike Championship: his name is Toprak Razgatlioglu; his skill, despite his young age, is widely recognised and he shouldn’t have much difficulty in winning the podium on more than one occasion. The GIVI brand stands out on the fairing, plainly in view, on the Kawasaki ZX-10RR and 6R, both active in the two championships. 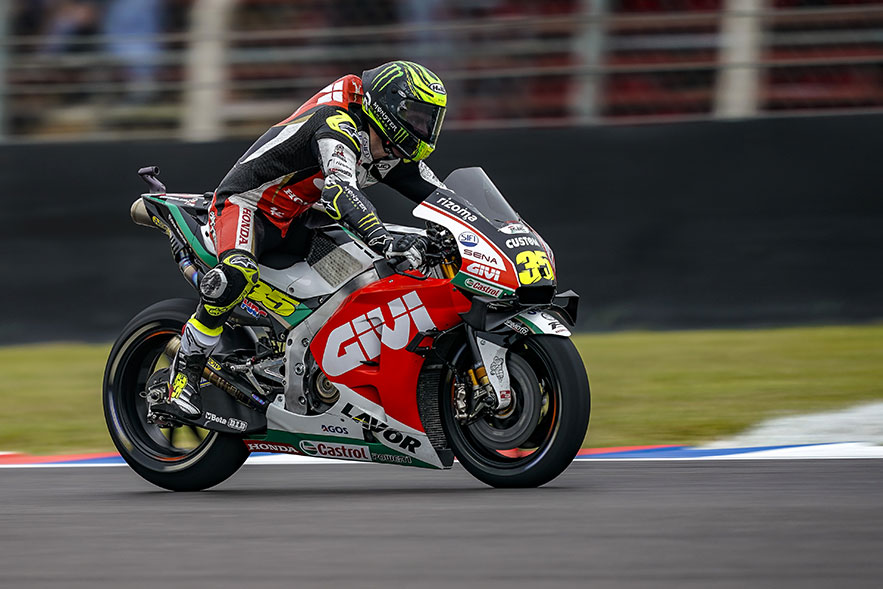 In MotoGP the GIVI brand can be seen on the bikes of the DUCATI CORSE team too. The partnership, which started in 2016, continues with satisfaction in the Championship that has just started, with the certainty of always being in the spotlight thanks to the two drivers and the new Desmosedici, which has seen further improvement to its already recognised strengths (engine and aerodynamics). The very good Andrea Dovizioso, accompanied by Danilo Petrucci, will have to give it their all. Dovi has already proved to be very competitive by winning the first race of the season: a step towards the long-awaited goal that remained just out of reach in the last two championships: the world title. While waiting to reach this goal, seeing its brand on the Ducati reds is, for GIVI, a great source of pride. 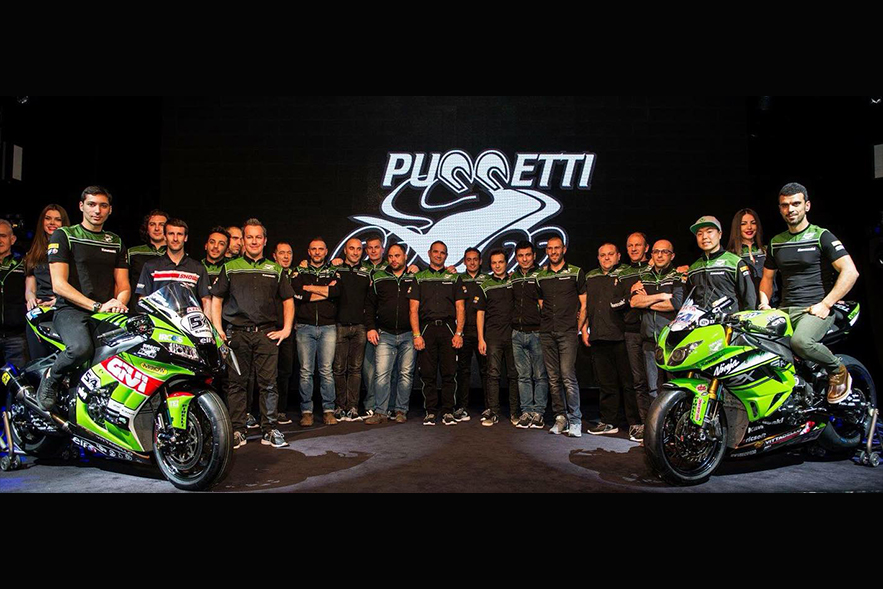 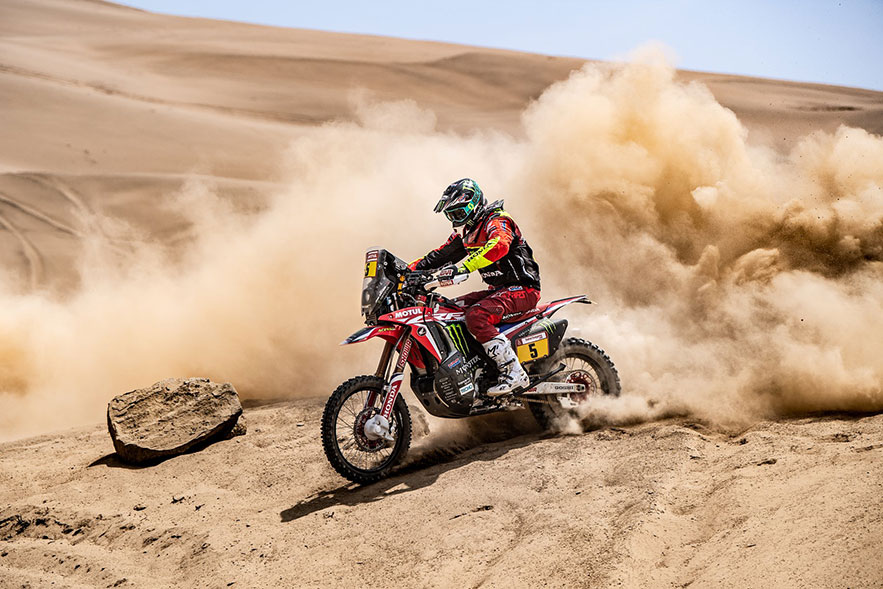 His first victory dates back to 1998 (Junior title in the Six Days Race., Last January, when Alessandro proved to be the best in the Africa Eco Race and also won the first stage of the Motorally championship. Botturi is a real star, a driver that never gives up and always gets back in the saddle, even after the most frightening accidents, like the one that forced him to abandon the Dakar Rally in 2018.
Alessandro will be taking the brand’s colours on some of the stages of the Motorally, riding his trusty Yamaha… but his relationship with GIVI goes well beyond mere sports sponsorship: you can see him in action on video while he tests accessories and bags, and his frequent visits to the company mean he has become “one of the family”.  Botturi is also the promotor of a moto-therapy project that supports the Paediatric Haemato-oncology Unit of the “Spedali Civili” hospital in Brescia, a commendable initiative that GIVI has been participating in for two years. 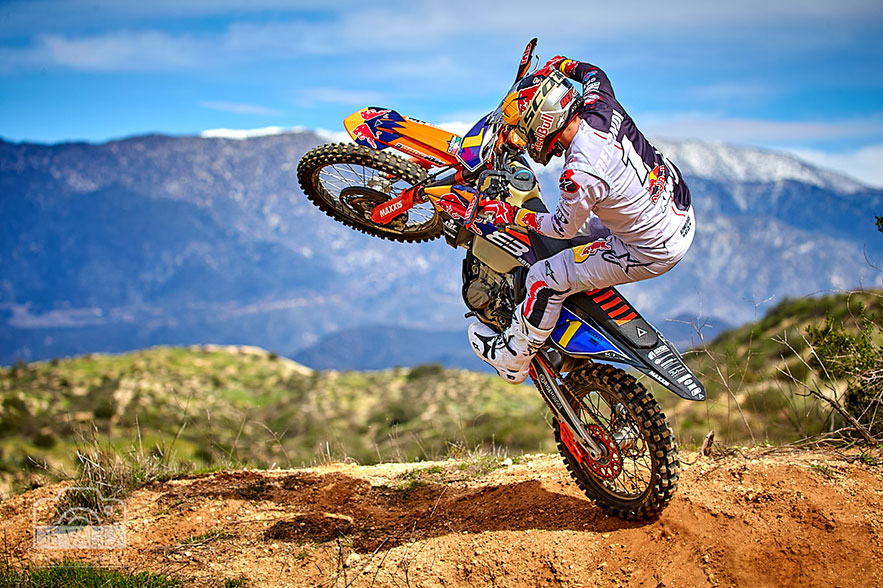 The collaboration with this team, now active for the third year running, has paved the way for the presence of GIVI in the segment of the most spectacular off-road competitions. The team’s drivers are multi-ethnic, and include Joan Barreda, Paulo Gonçalves, Ricky Brabec, José Ignacio Cornejo and the star, Kevin Benavides who, we should remember, took an extraordinary 2nd place in the Dakar in 2018 and 5th place in the world’s toughest competition, held in Peru last January (for the record, the 41st edition). American Ricky Brabec, on the other hand, won the Sonora Rally which was recently held in the Mexican desert.
Now the team and the sponsor face the stages of the Cross-Country Rallies World Championship, which will touch on Abu Dhabi, Silk Way Rally (Russia-Mongolia-China) Atacama Rally in Chile and the Morocco Rally. GIVI provides the drivers with mitts (much appreciated during transfers), rainproof suits and first aid and puncture kits. 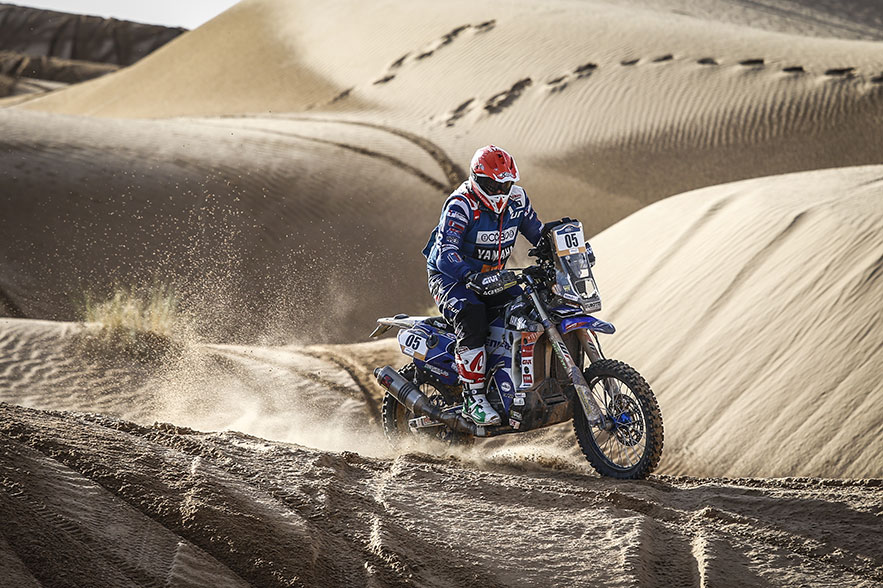 Born in Bergamo in 1993, Redondi has an excellent track record, including 4 titles in the Italian Mini-cross Championship (the speciality in which he debuted), followed by many successes collected since 2010 (the year he moved into Enduro), both nationally and internationally. GIVI is supporting him in the Enduro World Championship, on the fields of the Assoluti d’Italia and in his forays into the AMA WORCS, the overseas race that Giacomo knows well, since he was the champion in the 2018 edition.
GIVI has a privileged relationship with the driver, who it sponsors directly. In return, he makes himself available to the R&D department and the corporate team to film product tests… videos in which Giacomo, as the star, is proving to be a great success.

For the past three seasons GIVI has been supporting the nursery of Brescia’s historic MC team that has seen the birth of drivers like Botturi, Zanetti, Perotti and Salvini, and in the more distant past Giuseppe Visenzi, in speed trials, and names like Alessandro Gritti, Giovanni Sala and Fabio Farioli in off-road, to mention just a few. The sporting spirit and educational philosophy applied to the sport is embraced by GIVI, which contributes to sustaining the costs of livery, transfers, etc. 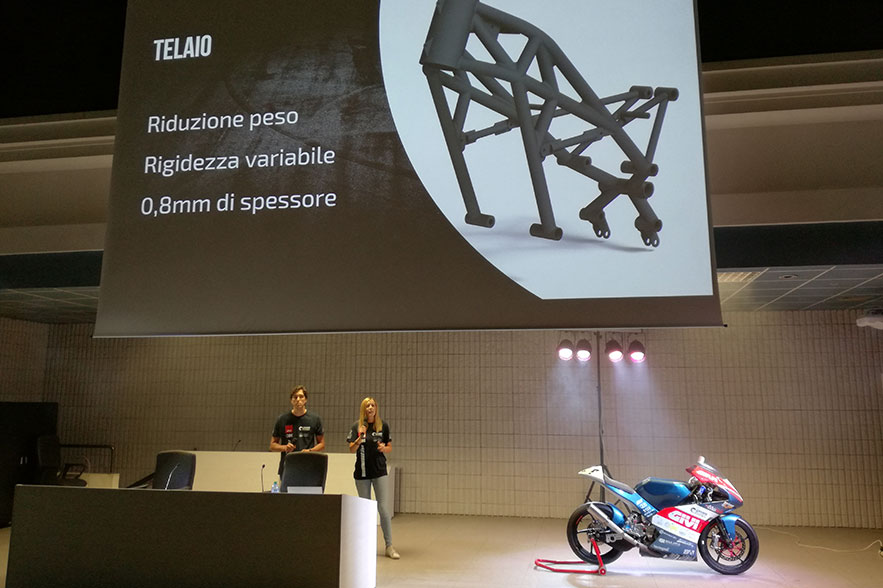 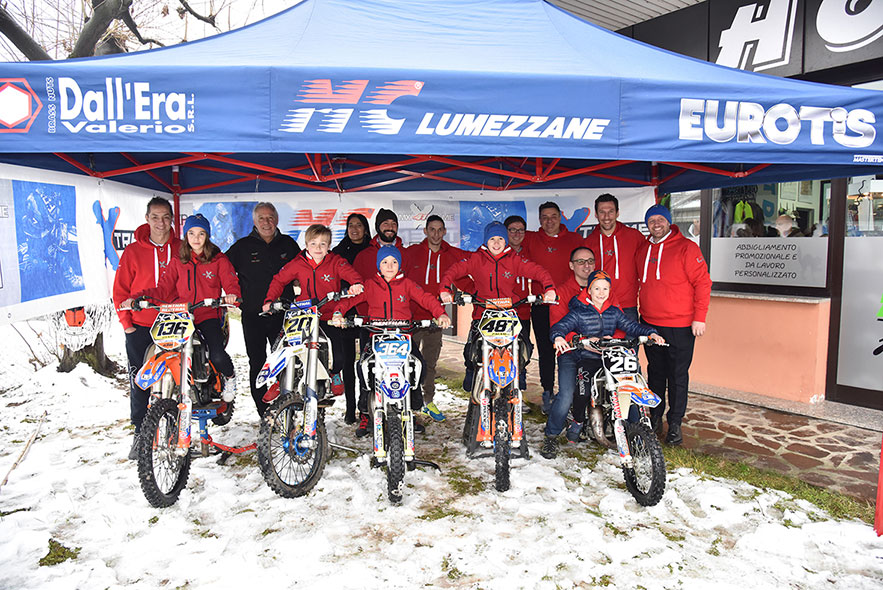 A partnership that passes through the University of Brescia, starting several years ago, it revolves around a championship that takes place on track with motorcycles that are built at the engineering headquarters of the University of Brescia. This partnership has always been very valuable to GIVI, but sponsorship of the team is just a part of the story. This is a much broader project that also includes the placement of former members of the team in its own working environment. Investing in young people who are particularly brilliant and passionate about the world of motorcycles is part of GIVI’s mission. There are currently three youngsters from the team employed in the R&D department.

The possibility of completing the entire SBK season is no longer viable, but the 30-year old from Brescia still has a lot of commitments for 2019. As well as competing in the CIV Championship, he will also be lending a hand in developing the Ducati V4R as official test driver.
GIVI will be following Lorenzo as sponsor of the team he rides for, the BRONCOS RACING TEAM; its logo can be seen on the V2 that Zanetti will be riding in the six rounds of the CIV Superbike Championship. The driver already knows this Ducati quite well: it was his faithful companion for the last two seasons, during which he obtained excellent results!

A promising Sicilian rider, Adamo is taking part in the 2019 season with the SM Action Yamaha. Those who follow cross MX2 will certainly have noticed him by now. A debut that left its mark, despite Adamo moving straight from mini-cross into MX2. The driver is also known by American enthusiasts thanks to his participation in the Loretta Lynns amateur races. With Andrea the GIVI colours are in good hands. This year he has signed an agreement with Team RedMoto Honda but GIVI is sponsoring the driver from Palermo for the second year running given the excellent potential of the boy we remember is 14 years old and racing with the MX2.